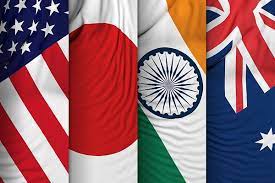 The recent tiff between France and Australia over the latter’s buying of nuclear powered submarines has created diplomatic tension. Australia’s about turn – choosing of the US nuclear powered submarines against the French-made submarines – has soured relations between France, UK and the US with the French accusing its NATO partners of “stabbing its back.” Undaunted, France has maintained its interest in the Indo-Pacific region though it is not part of a resurgent AUKUS arrangement. AUKUS- a tripartite security arrangement involving the US, UK and Australia- has been given a new lease of life since the election of US president Joe Biden. The Biden’s presidency has also given a new boost to another security arrangement, the Quadrilateral Security Dialogue, better knowns as the QUAD, that involves the US, Australia, Japan and India. The QUAD recently held a meeting in Washington with leaders of the four countries committing to a free, open and inclusive Indo-Pacific. Here is the read on how India – one of QUAD’s partners – sees its diplomatic relations given recent developments on AUKUS and QUAD.