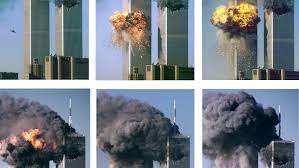 The bombings of four key US installations on September 11, 2001, by four commercial planes, are still etched in most minds. Twenty years ago, the world watched the event unfold, real time, with awe and shock as the two towers of World Trade Centre collapsed minutes after the second plane struck the South Tower sending plumes of smoke and debris. From across the Hudson River, Manhattan was covered with smoke. For many watching it, the whole event was surreal; more like a movie than anything real. The tragic event changed the world in ways that we cannot imagine. We are still experiencing the impact of September 11. The world is still an unsafe place. Despite the promise, the US invasions of Afghanistan and later Iraq, have not delivered peace. And in a strange twist of event, the US withdrawal of Afghanistan which came on the eve of the 20th year of September 11 bombings, only saw the return of Taliban rule, the very regime that triggered the US invasion of Afghanistan. America’s policies of eliminating of what was then called by then President Bush, the “axis of evil”, have not delivered. Billions were spent and millions of lives lost. The Middle East remains a never-ending hotspot for conflict and instability. How could the world be so wrong in its policy calculations to restore global peace and order? What were some of the blind spots? Are we capable of learning from past mistakes to improve international security. This article by the Brookings institute gives a lucid commentary of America’s failure to produce post-conflict policies in both Afghanistan and Iraq. Read this here.