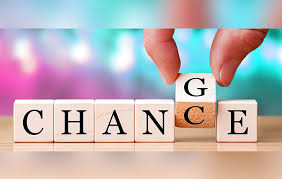 Political scientists, economists, managers etc. have always been intrigued by the idea of change and what constitutes change. Institutions – be they states, political parties, civil societies – go through change from time to time. But how do we explain the nature of change? What triggers a society or institutions to change? Can we explain the change process? Why it is that some institutions change better than others?

There are two general ways to explain change. The first is that change is a rational process, a planned process, calculated or premeditated and a product of the various permutations of costs and benefits. In the field of management, organisational change is defined as a deliberate attempt to make changes to serve or pursue specific objectives. If we take the rational perspective, institutions – be they states, political parties, civil societies – make changes by weighing all considerations to produce new institutional arrangements that are more functional and responsive to the environment.

Another explanation of change is one that sees change as a dynamic and less predictable process. Unlike the rational school, change is not viewed as entirely calculated, premeditated or planned. Rather, change could be messy. It is the result of a response to external stimuli and in the usual case, institutions make changes by drawing on routinized procedures and its own institutional values. Ultimately, the kind of change that institutions eventually make is based on the “logic of appropriateness”. Change is therefore subject to the institutional logic, that is the values and range of existing procedures. There is a possibility that in making change, institutions might draw from external sources, but under normal circumstances institutions usually draw from its own set of values and range of policy alternatives. We might for example, see changes to health policy, defence policy, education policy, but one closer scrutiny, there is the possibility that the changes made did not veer too much from existing policies. This is the result of adopting existing institutional values or relying on routinised procedures rather than drawing references from outside the institution. We might find change attractive, but usually, change can be very sticky due to this “logic of appropriateness”.

The discussions on change can be much credited to March and Olsen (1989) whose elaboration on the famous “garbage can” approach and the “logic of appropriateness” suggests that making decision on change is not so straight forward. This is because when confronted with the need to make changes, institutions fall into the “logic of appropriateness”, drawing from existing procedures or values or routinized responses to problems. Change in other words, tend to be incremental as organisations tend to fall back on existing institutional values or based their decision on a familiar range of alternative approaches.

Given the discussion on the “logic of appropriateness”, it is safe to conclude that change may not necessarily be functional. What is deemed as “appropriate” and determined by intrinsic institutional values is subjective. There is always the chance that the internal logic of appropriateness may not sufficiently address the demands of external stimuli, making the change dysfunctional. There is the possibility that organisations – be they political parties, governments or bureaucracy – could misread the external stimuli or miscalculate their institutional values with detrimental results.

The explanations on change tell us two things. First, that change can be unpredictable and, second, that radical, transformational and sustained change is a huge challenge. Making transformational change is difficult. Transformational change – be one that involved political parties, state machinery, bureaucracy, leadership or policies – is daunting because there is the tendency for institutions to fall back on the “logic of appropriateness”. Change therefore can be sticky because decisions are being driven by the institution’s own logic, values and ways or procedures. There is the tendency to fall back on tried and tested institutional arrangement.

The explanation on change gives us a better picture of why change can be so difficult. It helps explain why, for example, that is it is much easier to remove a dictator then to remove the dictatorial “logic” from a society. The Arab spring saw the removal of authoritarian leaders but, ten years on, it has proven to be much harder to remove the authoritarian logic from these societies. The collapse of the Soviet Union in 1989 promised greater democracy for former Soviet-bloc countries. But thirty years after the fall of the Berlin wall, these countries are still finding it difficult to graduate into a fully fledged democracy, with many of them including Russia falling back on processes, arrangements or values that largely speak of previous institutional arrangements. Countries that were once ruled by military dictatorship largely tend to fall back to authoritarian rule, despite episodes of democratisation. Russia, Egypt, Afghanistan are but some examples of societies struggling to make the democratic transition but never quite able to do so because of the stickiness of institutional traditions.

What is the nature of change? Is there a typology of change? We will discuss this in greater detail in coming articles.