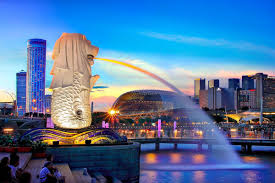 Singapore opened its 14th parliamentary session recently. This came on the back of a general election held in early July. By any measure of democratic elections Singapore’s recent election is a thumping victory for the People’s Action Party (PAP) which has ruled the 700 square km island- state since 1959. While the overall result is no shocker – a system that’s still dominated by a single party – a notable change is that for the first time the Singapore parliament is seeing 10 elected opposition members. This is the biggest cohort of opposition members in parliament, not seen since the 1960s. And it came after the ruling regime saw its popular vote trimmed; the PAP winning slightly more than 60 percent of total votes and securing 83 out of 93 parliamentary seats.

This latest development is yet another indication that Singapore’s politics is undergoing a decided shift, a trend that perhaps has its beginnings in the 2011 election. In that election, the opposition party, the Workers Party, captured, for the first time, a Group Representative Constituency (GRC). The GRCs are giant electoral constituencies made up of either 4, 5 or sometimes 6 members. Clinching a GRC is a big deal. Winning a 6-member GRC, for example, means that 6 members of parliament would be elected in one go.  In 2011, the Workers Party won the 5-member Aljunied GRC putting 5 opposition members into parliament. The victory was unprecedented given that the GRCs had been a PAP stronghold since it was introduced in 1988. In the recently held election, another GRC fell to the opposition. This time, the Workers’ Party won the 4-member Sengkang GRC. With the Workers’ Party retaining the 5-member Aljunied GRC, which it won in 2011 and the single-member constituency of Hougang which it won since 1991, the party now has 10 elected members of parliament, a rarity in Singapore politics. The scale of the vote swing saw country’s senior minister Tharman Shamaguratnam admitting that the election indicated that politics in Singapore had changed permanently.

Should one read more into Singapore’s latest election results? What do the results tell of Singapore politics and the People’s Action Party?

While no one can be certain on how Singapore politics will pan out, there should also be no discounting on the possibility of a black swan in Singapore politics. If anything, for the PAP at least, the results of the last election show trends that it could well take note of and prepare for.

One obvious trend is that the PAP no longer enjoys a monopoly of well-qualified leaders. The opposition parties are measuring up to the PAP’s high standards by having their share of Singapore’s brightest scholars on their list of candidates. The trend started in the 2011 election when for the first time the opposition managed to get bright candidates who were prepared to leave their cushy position as top administrators in the civil service to contest on an opposition ticket. That continued in the last election when the opposition parties managed to obtain candidates from both the public and the private sector that matched some of the PAP’s new candidates.

If the last three elections were any indication this trend is set to continue and that the PAP would have to contend with the fact that the opposition parties are now quite capable of producing qualified and interesting personalities. This should send a cautionary note to the ruling regime. Perhaps, now is also a good time for the PAP to re-evaluate its recruitment process. PAP ministers are paid very well and given the huge pay dividend that one gets from becoming a PAP candidate, there is always the possibility of potential candidates gaming the recruitment procedures. What is apparent in the last election is that increasingly, new PAP candidates seemed to display similar values and nuances as if they were reading from the same script and lacking in individual display of conviction. This needs addressing because the PAP could ill afford to allow groupthink to seep through its ranks, creating an unproductive echo chamber.

Another thing that stood out in the last election is that the PAP no longer had a monopoly of good ideas. The nine days of campaigning showed that there was little that separated the parties when it came to ideas. Though they have different emphases, the opposition parties’ manifesto, especially the Workers’ Party and the Progress Singapore Party, did not lack in rigour nor did they border on the populist, so much so that even the PAP senior minister Vivian Balakrishnan admitted that he found little to disagree with the Workers’ Party manifesto. This bodes well for Singapore politics; a more vibrant marketplace of ideas can only encourage more rigorous and thoughtful public policy designs.

The election also indicates that Singapore politics in the coming years, would increasingly be fought on diametrically opposite development philosophy and ideology. The hustings show that the PAP and the opposition had different ideas on how to move Singapore forward, both of which were well articulated and carefully weighed. The PAP, for one, has always insisted on the tried and tested method bordering on neo-liberal ideas where the state plays the role of an enabler or an active partner. When it comes to social welfare, for example, the PAP has always insisted that the individual will have to take on the responsibility with the state willing to meet halfway. The opposition however thinks that the state could do more to ease the economic burden especially that of low-income earners, saying that Singapore has reached a stage in its development that requires that it takes on a bigger fiscal role especially considering its huge reserves. The issue of foreign workers and the absence of minimum wage were focal points of the ideological battle during the election with the opposition camp claiming that Singapore’s laissez-faire policy on immigration and labour had only created increasing unemployment among locals. The opposition also raised concerns that state was not doing enough to ease the financial burden of senior citizens, many of whom had little choice but to work in their golden years because of insufficient savings and high cost of living.

With Singapore facing an aging population, such ideological battles is set to be more pronounced in the coming years. Perhaps, for the PAP, this is a good time as any to re-evaluate and reset the tried and tested social security model. The model might work well for Singapore’s industrialising past but new challenges demand novel methods at wealth creation, one that are more sustainable to Singapore’s long term growth. In fact, coming up with a new development philosophy could now take on new urgency given Singapore’s economic fallout due to the Covid-19 pandemic whose effect may still linger in the next election.

To put into perspective, the election results point to a healthy political development. The one-party dominant system still remains but the election shows the maturing of Singapore’s democratic process, one which the PAP can rightfully claim that it has laid the foundations for. The PAP’s policies have not only produced Singapore’s economic and social maturity but it has now produced unintended consequences; an emerging political culture where a more sophisticated and mature voting population expect no less than the highest standards from its political leaders, be they from the PAP or the opposition. The election results may have taken the shine off the PAP’s impeccable achievement but on a larger note, the winner of the election is Singapore. Indeed, it was an election that Singapore won.