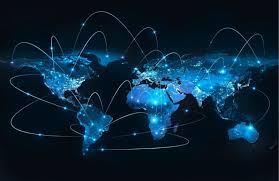 The Covid-19 pandemic threatens to see a further retreat of globalisation. Donald Trump’s recent executive order to limit immigration to the US, his announcement to withhold US funding to the World Health Organisation (WHO) and his threat to India’s initial refusal to release the drug hydroxychloroquine to treat Covid-19 patients, hint that states could turn their back on globalisation in the post-Covid19 world.

What’s adding to the worry is that at a time when the world badly needs global leadership, the crisis has revealed a lack of one. The G20 recent emergency meeting saw global leaders failing to come up with concrete details at handling the crisis other than grand statements of intent. The US particularly has been disappointing. To think that it has the technology, science, and other resources, the United States’ lackadaisical and chaotic response to the crisis does not inspire much confidence. But by and large, world leaders have refrained from the vocabularies of globalisation, preferring to stay away from commenting on issues dealing with migration, cross border trade, or the need for greater multilateralism.

To put into perspective, globalisation was already in retreat before the pandemic. The bitter trade war between China and the US, for some time, had created unease on the future of the trading system. The effect of the global financial crisis of 2008 is still upon us. Massive unemployment, rising income inequality, slow economic growth have seen countries increasingly turning inwards – policy-wise – to placate a domestic audience. The building of border walls, Brexit, nationalism, populism, calls for trade protection and anger over foreign investment are but some of the indicators of the de-globalisation process; and this pandemic threatens to speed that up.

Indeed, the COVID-19 pandemic has exposed the many sides of globalisation that might see states further retreating from it. For one, the crisis has exposed the risk of over-dependency. Never in modern history have countries been left vulnerable to disruptions in the global supply chain. Supply chains are now longer and more complex in the drive to optimise production. Better technology, cheaper transportation, and the internet have allowed production to be sliced and diced involving multiple players from across countries.

But the closure of airports, seaports, and barriers on land border crossings because of the pandemic are causing unprecedented delays and cancellation of goods and essential items. The limited and unpredictable transportation of goods and essentials is also causing volatility in freight charges translating to higher prices. Experts are estimating that factory closures, stops in production, and delays in shipment will see US$50bn loss in exports due to disruptions.

The panic buying and stockpiling also raised concerns about food security that threatens to leave many countries very vulnerable. The lockdowns have restricted movement of people and goods, choking off transportation modes and disrupting food supply chains. If the pandemic prolongs, there is every likelihood that countries might resort to stockpiling or imposing a ban on exports that will put further strain on food security. With food in limited supply, there is the likelihood it would go to the highest bidder, depriving food-dependent economies and the poorest poor.

The pandemic has also raised the need for diversification. China, the world’s factory, is revving up its economy from months of lockdown but countries can no longer risk having China as the dominant supplier of inputs and goods. The post-crisis will see companies finding alternative supply chains. They might look at improving domestic production, target regional production, or identify new suppliers to mitigate future risks. Stockpiling, rather than just-in-time production would now be an option to absorb shocks to supplies. Regionalism could take precedence over multilateralism as countries look at enhancing regional and bilateral ties.

Expect a more volatile political scenario as a post-COVID 19 world will see states turning increasingly inward to placate a domestic audience.  The huge economic costs incurred to bring stability could also come with heavy political costs. States are already experiencing tremendous financial strain but the spillover effect from the crisis – massive unemployment, bankruptcies, stress to the financial system, and growing rich-poor divide – could also see them compromising long term goals for short term policy benefits to ease any political fall outs. Economic strains will see people expecting from their governments quick solutions that might not serve strategic interest. We should expect governments to shelve long term but much-needed infrastructural projects to offset the fiscal strain. And just like the after-effects of the global financial crisis, we might see a fresh round of populism and overt nationalism. States could become increasingly hostile to the idea of immigration, foreign investment, and foreign ownership of assets. When push comes to shove there is also the possibility of states resorting to renationalise assets to tackle nagging unemployment problem and win political votes.

As countries battle their own economic and political crisis in the post-COVID-19 world, less attention will be paid to finding solutions to global crisis. With millions expected to be pushed into poverty, the urgency to reach multilateral agreements to global problems will hardly figure as key priorities for governments. The ongoing humanitarian crisis in Syria and the rest of the Middle East has been threatening the global public good for many years. The fear now is that as leaders retreat from directing resources toward finding lasting peace the conflict in the region could escalate; what’s worst is that it threatens to pose the world with new set of challenges.