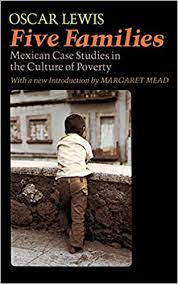 Is there such a thing as a “culture of poverty”?

This question was triggered after I chanced upon an article by Anandi Mani, a professor in behavioural economics at the Blavatnik School of Government. She co-wrote a paper titled “Poverty impedes Cognitive Function”, that suggests that being poor reduces a person’s cognitive ability. In other word, people who do not have money or time tend to make poorer decision.

The work is important. It has powerful ramification to public policy. But the findings are discomforting; that being poor leads to poor judgment call and that there is a “culture of poverty.”

Lewis explains that the culture of poverty is not a mere “tangle of pathology” but a set of positive adaptive mechanism that is “socially constructed.”  He says that the poor carry out coping strategies because they feel that their chances of success – measured in the values and goals of the larger society – can never be realised.

What are some of the traits that come with a “culture of poverty?”

Another major trait is that people having “culture of poverty” have “absence of childhood as an especially prolonged and protected stage in the life cycle, early initiation into sex, free unions or consensual marriages,  a relatively high incidence of the abandonment of wives and children, a trend toward female or mother-centred families.”

Lewis describes a list of attitudes and characters of people having this “culture of poverty”. They include having a “strong feeling that they are being marginalised”, a “strong feeling of helplessness, of dependence and of inferiority” and “lack of impulse control.”

Lewis also mentions that people having a “culture of poverty” tend to indulge in the present than they do for the future. He describes them as having a “strong present-time orientation with relatively little ability to defer gratification and to plan for the future.”

For a start, there can be a number of policy interventions to address the “culture of poverty.”

One thing that comes to mind, is improving the living conditions of the poor. Give the poor a place that they can be proud to call home. Remove the slums and squatters. Improve sanitation. Improve waste collection. Promote a safer and liveable environment that leads to positive externalities. Provide the poor with a liveable living environment by investing in landscape that makes for a quality neighbourhood. Regenerate old neighbourhood. Also, take steps for a safe neighbourhood.

Second, give people hope by investing in quality education. The poor need a rigorous and challenging education system. Reiterate the policy view that education gives individuals a better life, a life that is better than their parents. Korea, Japan, Taiwan, Singapore, for instance, have shown how a good and rigorous education can provide for better generational mobility.

Third, establish community-based organisations to strengthen the sense of ownership. Encourage neighbourhoods to have localised organisation where leadership comes from their own. Provide this neighbourhood with the needed resources to get such organisations going. These organisations can be wide-ranging, suited to the needs of individual townships. Perhaps, state can indulge in private-public partnership where corporations can promote their corporate social responsibility by providing services to neighbourhood.

But these are just mere public policy rantings. The problems associated with the “culture of poverty” are far more complicated than what can possibly be conveyed here. The above are just a trickle of what public policy can do.

This book may be written in 1959 but the findings continue to resonate. Lewis’ book can offer useful pointers in an age where we are still grappling with social and material deprivation, populism and rising class discontent.