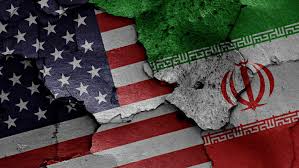 In recent months, the United States has embarked on several foreign policy stances that are threatening the strategic outlook in different parts of the world. The US-China trade tiff is beginning to fray nerves in Asian economies with many analysts warning of a possible recession. The US decision to withdraw thousands of military personnel from Afghanistan and its willingness to negotiate terms with the Taliban threaten to destablise a country that is still struggling to reconstruct its broken institutions. The latest, is the US decision to renege on its nuclear disarmament agreement with Iran. The biggest loser of this decision could be the Middle-east. Trump administration’s decision can only result in worsening Iran’s political, social and economic isolation that can only escalate tension in the region. The best way to deal with Iran is to engage not otherwise. Stephen Walt writes a compelling report in Foreign Policy describing the various missteps of US foreign policies. It is a good read for those interested in the politics of engagement and regime change. You can read the report here.